The confinement problem is that Alice wants to share data with Bob but wants to prevent Bob from sharing this with Charlie. MAC partially addresses this, Bob cannot write below his security level and therefore cannot share something too sensitive for Charlie.

There are things called covert channels which are channels that are not explicitly meant for communication. These channels do not rely on normal information sharing mechanisms and can be used to propagate sensitive information. 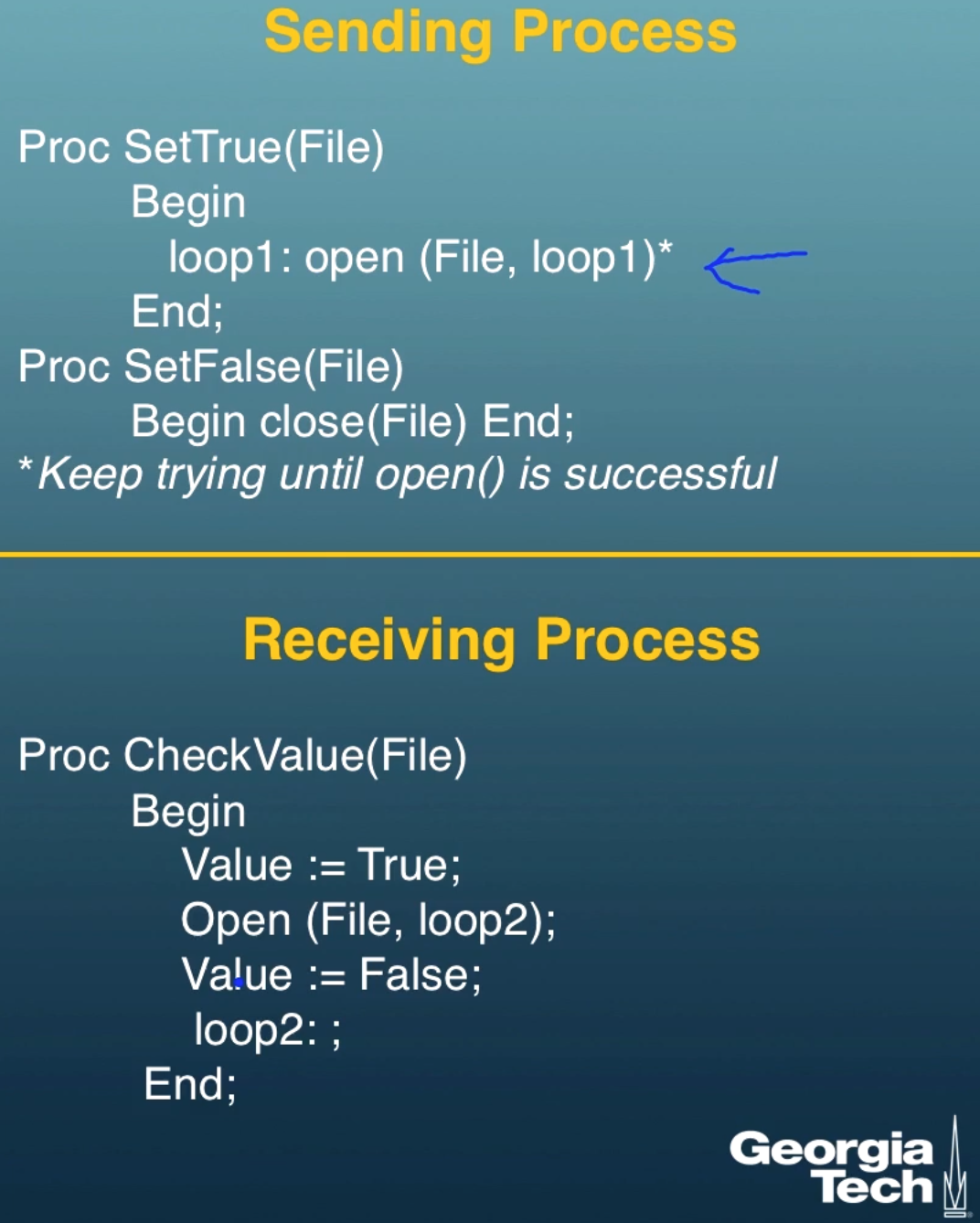 There are two types of covert channels

Any shared resource can potentially lead to a covert channel

Covert and Side Channels

Covert communication happens over covert channels using mechanisms that are not designed for information transfer. Information can flow from a top secret process to a process that is less privileged by having the less privileged process observe some shared resource (files for example). Any information flow is said to be covert if it is forbidden by the mandatory access control policy.

Covert Channel vs. Side Channel

Maybe the lower level process is listening for acoustic or electromagnetic emanations. Maybe it is tracking power consumption to see how long a cryptographic key is.

What to do about Covert Channels 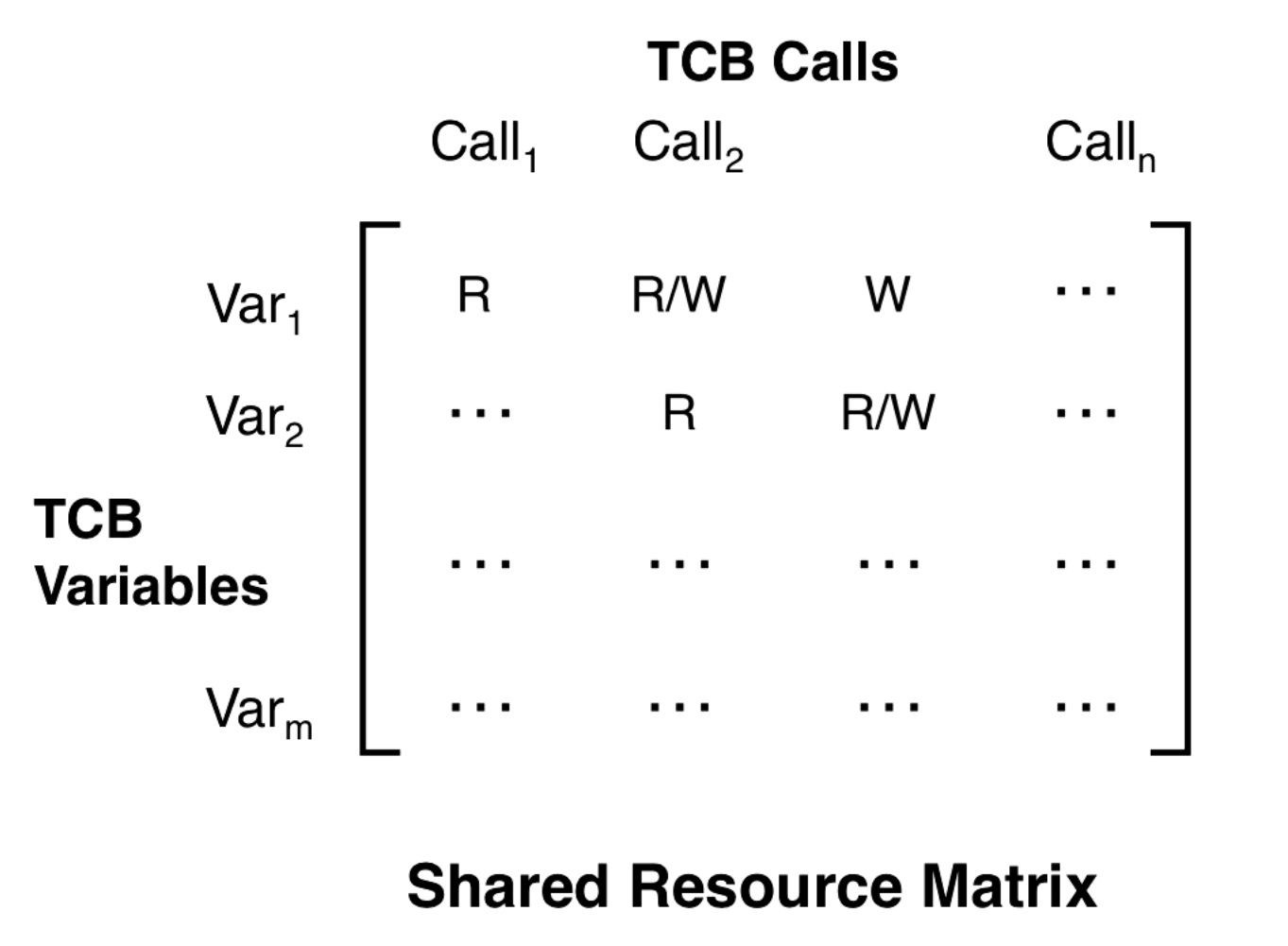 A covert channel exists if there exists a path from a more sensitive process P1​ to a less sensitive process P2​ where P1​ modifies a variable that can eventually be read by P2​. In the diagram below M is for modify and R is for read. 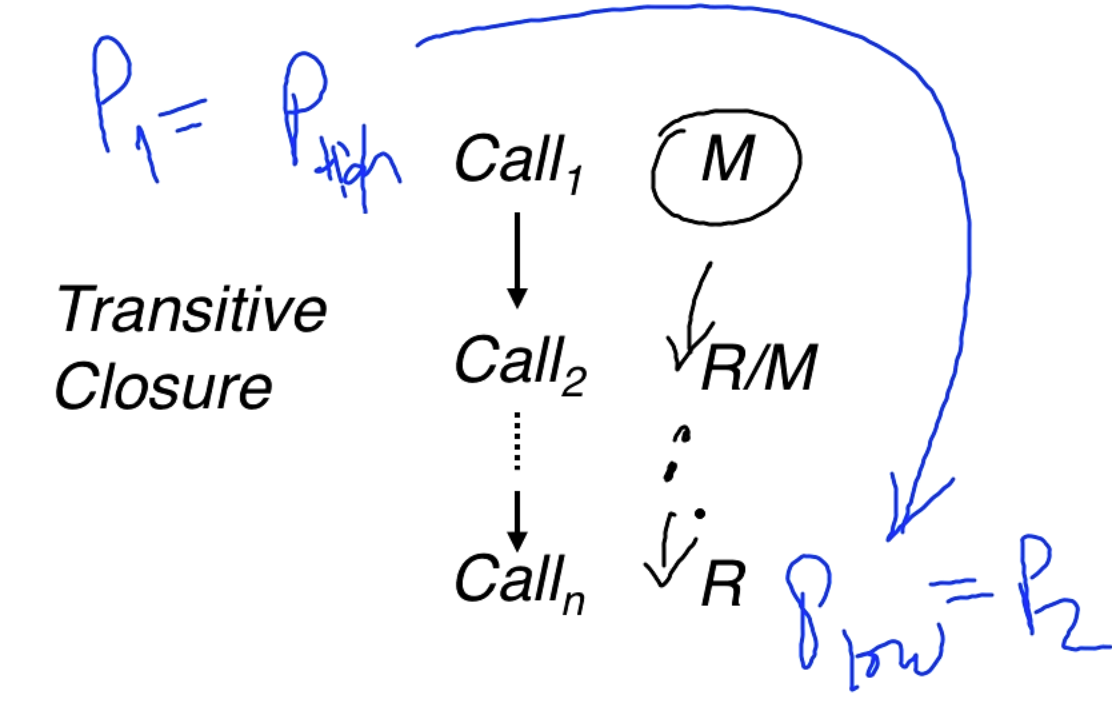 We can measure the bandwidth of a covert channel in terms of the number of bits communicated per second. Here's an example with the timing channel previously discussed.

For a storage channel (file does not exist vs. access denied example from previous) we wil need to estimate the system call time, the number of calls required, and time overhead associated with context switch.

Noisy channels can lead to bit flips. We can still send information over noisy channels. We could do something like send the same bit 3 times and you choose the bit that was received in the majority of cases.

Here's a formula from information theory:

We have a situation where a low process is sending a message to a high process, this is allowed since in BLP we have write up. The high process sends back an "Ack" which is just a confirmation that the message is received, no other information should be transmitted.

To deal with this we place a pump (a non-volatile buffer) in between the high process and the low process.

The pump tracks the moving average of the Ack time from high to pump, and gives the low process an Ack with the same average but with randomly generated times.

Meltdown and Spectre are hardware vulnerabilities, but architecture people might think they are good things that speed up the computer.

Also the RamBleed system exploits the rowhammer vulnerability to set up a side channel.